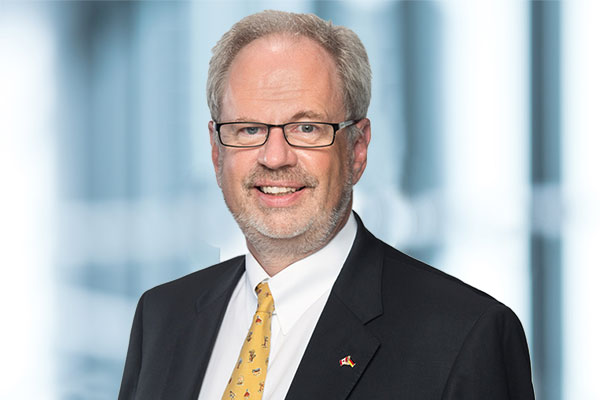 Hubertus was born in Munich and completed his school education in Germany. In 1976 he visited Canada for the first time, first for private and soon more and more often for professional reasons. His fascination for this country has continued ever since. After his school education in Germany, Hubertus completed an apprenticeship as a bank clerk before studying law and business administration. Finally he became a lawyer in Munich, where he started his own business after only 2 years. In 1997 he realized that there were no direct European law offices in Canada, only cooperation partners. So in 1999, immediately after his emigration to Canada, he founded the first German law firm with purely German legal advice in Vancouver, BC. This idea led to Hubertus Liebrecht being officially recognized as a “significant benefit to Canada” by the Canadian government as early as 1998.

After emigrating to Canada, Hubertus still studied at the University of British Columbia (UBC) and graduated with a license as a registered and licensed immigration consultant.

It was only in Canada that Hubertus was able to fully realize his entrepreneurial passion and within a few years he founded numerous companies with different service sectors, all focused on doing business between Canada and Germany. After only a few years, he also attracted official government agencies from Europe, which set up their representations with Mr. Liebrecht in the German Business Centre, which he co-founded in 2001. This was quickly followed by other service providers. In the course of time there were several honors for the merits of transatlantic business relations. In 2021, Hubertus Liebrecht again significantly increased the size of the consulting team and also added German experts. He then retired from active management and continues to be available to Continental Bridge as a consultant.

Hubertus Liebrecht is currently active as an independent consultant on several boards of directors and supervisory boards and also provides his experience as honorary Honorary Consul of the Federal Republic of Germany for Alberta and the Northwest Territories.

For more details and to connect